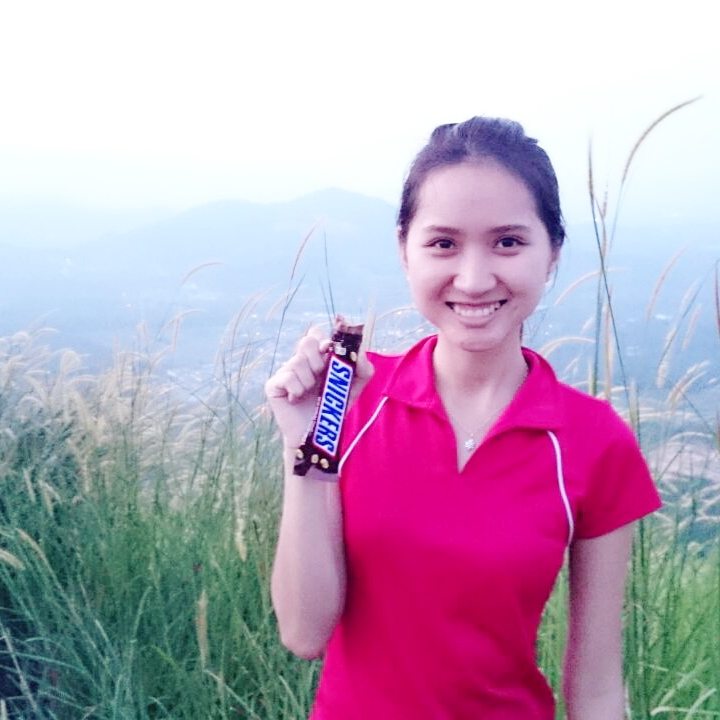 After our separate experiences at the much-dreaded Ah Pek Hill hiking, Alicia wanted to go for hiking at Broga Hill because we have been telling her Broga Hill hiking is so much easier than Ah Pek Hill but she has never been there.

So over the recent weekend, we decided to defy the long public holiday weekend mantra of sleeping in. RK and myself woke up at 4am so that we could meet Alicia and Victor early to leave Subang Jaya at 5am. The drive to the foot of Broga Hill took us less than an hour. We started hiking by 6am. Whoaaa.

My first hike at Broga Hill was with about 100 World Vision volunteers during an annual gathering at Outbac Broga. During that trip, I don’t remember hiking in total darkness and due to the huge group, we moved slow and the sky lighted up by the time we were really hiking.

This round, it was pitch black. Each of us had to carry a torchlight ourselves. Thankfully, the trail was pretty easy: quite even, gradual slopes, minimal steps (I can’t hike steps). Just like how I remembered the trail, except for one part where everyone slowed down and caused a long queue at the wee hours of the morning, in a jungle in Semenyih. That part was a slope that we had to climb a little but there were ropes for extra support so it was manageable.

Seriously, the hike felt so short; it’s nothing bad I guess considering it was expected to be an easy and casual hike.

We reached the last leg of the hike to the peak some easy walk after the aforementioned slope. Needless to say, there was a queue to climb up the peak… We followed the mass for most of the climb until the route was too congested.

The good thing about hiking this part of the trail before sunrise was that I couldn’t see the height so I wouldn’t think and fear about falling down the slope. The bad thing was that I couldn’t see the trail in front so movements were slowed down. Also, I had one hand less because I had to hold the torchlight… p/s A helpful stranger in front of me waited and offered to give a hand as I climbed up a big step. *ahh* The wary boyfriend immediately came to my rescue when he heard a stranger offering a hand of course. Wahaha.

It wasn’t even 7am yet when we settled down at the 2nd peak; 1st peak was way too crowded and 2nd peak was supposed to have the best view. We started swiping out our phones and did what every millennial does. By the time I posted an update on my Instagram, the sun was still not out. We waited a while more but sadly, there was no sunrise that morning due to heavy clouds…

The hike down was not as fast as we expected because there were traffic up the hill in that single hiking trail. There was actually an exit trail outlined by RHB signage; Victor and Alicia took that trail and claimed that it’s much easier for the hike down. RK and I took the same trail we hiked up and not only that it was more congested, it was challenging as well due to the slope. I even slipped and got minor scratches on my elbow.

Anyway, it was a good hike. Good enough to make us sweat. Fun enough to make it memorable. Easy enough to keep us alive and energetic post-hiking. So if you are looking for a casual hike and don’t mind the drive to Semenyih, do consider Broga Hill hiking as a weekend morning plan!